So there’s a charity event to help disabled gamers. Which, well, is freaking awesome because some of the most awesome, most badass people I’ve ever had the privilege to meet are disabled gamers. Think ‘wheelchair bound mostly unable to move limbs’ disabled. Think people who have been in horrible car accidents. Think kids who were born with unavoidable defects that trap them in less than optimal bodies, but have fully working brains. Think vets and cops who have been injured in the line of duty and for a number of them, this is the only social interaction they can have without being treated like cripples. These people also tend to be the nicest, most cheerful people I’ve ever met, and most of the time you never find out they’re disabled till you ask something like “Why is your vent not push to talk?” “Because I can’t reach it fast enough with the stick in my mouth.” 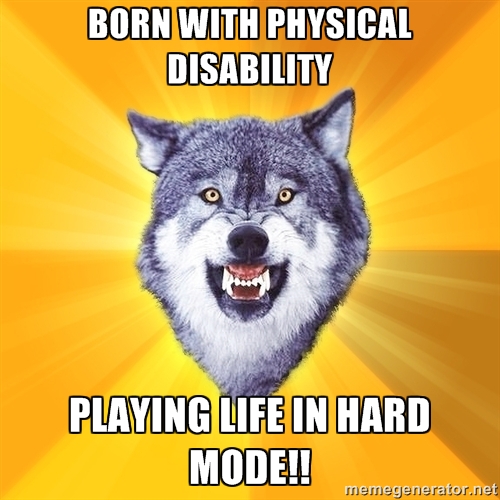 So yeah, fucking do not ever deprive these guys of one of the few things that put them on even footing with the rest of the goddamn world, where they can be themselves and not ‘crippled.’

Two Anti-GG people ask for retweets and then flip the fuck out when TotalBiscuit (one of the biggest Gamergate supporters, apparently) actually takes them at face value and does exactly that. Because Ablegamers Charity for disabled gamers is fucking awesome.

He also does it because his company is partnered with the Ablegamers charity. Oops, didn’t know that? Of course not – Anti-GGers are too busy trying to hate the guy for daring to disagree and oppose them. Remember the previous post I mentioned about nerds and not wasting their time with social bullshit? Yeah, there’s a reason for that.

So really, who’s the haters here? Who’s intolerant? Oh and attacking the guy based on his cancer treatment? Really classy and humanistic of you. Not.

Anti-GGers are proving themselves that they are the most hateful shitfaces on the face of the earth quite easily. And the bystanders like myself are just staring then facepalming when we take them entirely on the face of their actions. Holy crap. Epic, epic fail.

Seriously, it’s like this level of epic failure: suicide bombers blow themselves up on TV by mistake.