My son is reading, because of dragons.

I’m very happy that my eldest son is into reading fiction now. It was very difficult to get him to get away from computer and TV screens. I’ll admit that getting him to read segued from the kiddlywinks watching a movie then finding out that the movies were books first.

That, and the long periods of time when they couldn’t play video games because we couldn’t afford to fix computers/replace expensive parts. For years we didn’t have TV (it wasn’t plugged into the antenna) and they’d run out of DVDs to watch. “I’m bored,” holds no water when the parental response in the household is to brush a finger down the spines of several books, select one and hand it to the kidlet, “you can’t be bored, you haven’t read all the books in the house yet!”

So the trick to get him to read was to give him books that he liked. In this case he was very much into dragons, so I got him dragon-centric fantasy books and fantasy adventure books that I felt were straightforward engrossing stories that any of the children could read. Wings of Fire was obtained, along with some volumes of Brotherband (we’ll really have to try get him a boxed set at some point, because we fell behind, in favor of Wings) and then for his combined Christmas and birthday money, we went digging through Book Depository for books he wanted.

To my delight there’d be times where he would opt to read instead of watching TV or playing video games. In the morning after breakfast and before going to school he’d be curled up on the couch, reading. At first he rehashed all the ones he’d already read, and then I pointed out that he had unread books on his shelves waiting from his last book buy binge. It took some doing, but we got him Dave Freer’s Dragon’s Ring and Dog and Dragon, which he enjoyed.

Recently, I handed him Matthew Reilly’s Troll Mountain. He liked it a lot as he finished it the same day, and remarked about how the cure for the disease turned out to be such a simple thing. I told him that the disease in the book was actually a disease that exists in the real world and it used to kill people very regularly. Right now, he’s working on The Great Zoo of China. He got through the first three chapters bam like that. END_OF_DOCUMENT_TOKEN_TO_BE_REPLACED

I recently came across this article:

I’m quite happy with how loving and supportive this family is. The sister for donating her egg, the brother for not feeling insecure about his partner providing the sperm for the baby, and the mom being accepting of her children’s’ choices. That baby will be well loved and cared for. He or she will also likely have lots of time with the female relatives; so

I also think that the practical aspects of this are well thought out. With the sister providing the egg and the partner providing the sperm, there’s a better medical history, genetics and otherwise, that can be referred to in case it becomes necessary. Also, there’s a better chance for the child if he or she might need transplants – blood kin have better compatibility and a higher success rate. For medical and scientific reasons, this is a really good choice.

And really, the ‘incest’ jokes are lame. Nobody would blink if it was a sister donating to her sibling if the sibling were in a heterosexual relationship, or even to a single parent.

So, good luck to the family!

See, this is the kind of thing I can get behind. There’s no agenda, no political drumming (from what I can see). There’s love, and joy and family. May they successfully have their longed for child, and may that child be loved and cherished as the brother and sister clearly are loved and cherished.

First off, congratulations to the various authors who were nominated to, and are on the finalists for Dragoncon’s Dragon Awards! Larry Correia, who is a finalist, has a list of the other finalists on his blog.  Another finalist, Declan Finn, has made comments about the reactions; apparently already there is at least one author recusing himself from the ballot, for whatever reason.

However, there is a diverse range of books and authors, as well as games to vote for. Go vote for the ones you liked, enjoyed, the most, or find worthy for whatever reason you wish to use. Don’t let anyone else tell you what to pick or to vote for; this is your vote! And it’s free!

Vote for and support the thing you love! THIS is the award that is really and truly BY THE FANS. This has NOTHING to do with politics, nothing to do with the judgement of the gatekeepers. That’s evident from the finalists that ended up on the ballot!

So go forth, and vote. And most importantly, have fun! 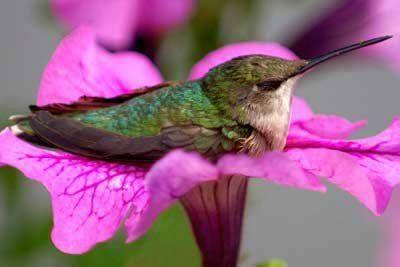 I’m very short. This is something I regularly make fun of. Four years ago, I measured four feet, 8 and a half (or three quarters) tall. I’ve shrunk since then by maybe an inch, or two. (This was discovered over measuring my height with each subsequent pregnancy.) We’re not sure why I’ve shrunk. I just have. I tease my husband Rhys that I’ll be pocketsized by the time I’m sixty. David teases me about my height and eating like a bird. (Though, now that we have a pet parrot, Riley, he is starting to revise the opinion about ‘eat like a bird.’)