Not much of a post because I am totally wiped out and still have a lot to do. Have a cute baby picture instead. Yes, we plan to have him learn martial arts. This is a given after he’s bruised my ribs with those feet from inside. 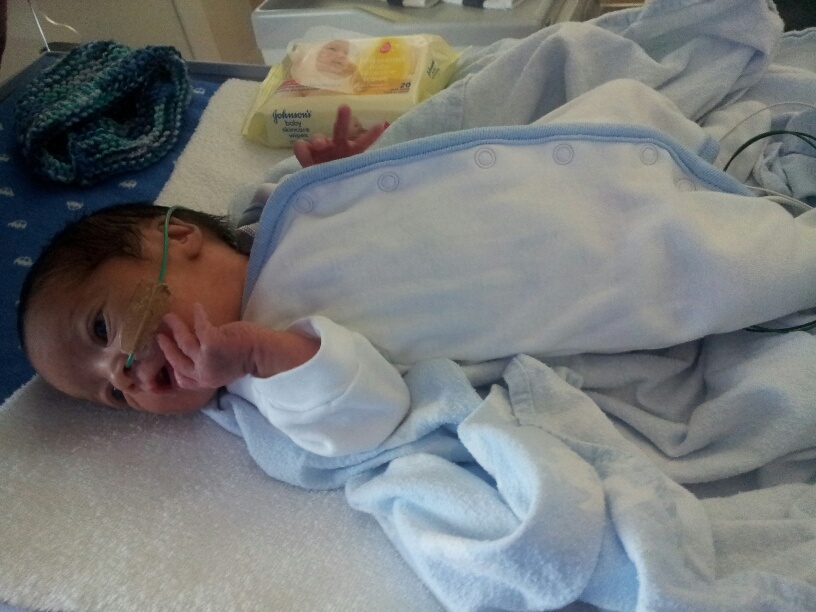 I shall consider the matter in the manner I feel it should be considered.

Funny expressions and poses! This will be fun! rubs hands gleefully

Why isn’t that chair on fire?! I was sure I got fireball right!

I have a cute kid and am not afraid to caption him.

I like to pick slightly uncommon names for my kids, but names that they could wear and be called by, that wouldn’t be considered too weird or strange that they’d end up bullied. To that end, I chose names that while uncommon, weren’t too outlandish. Rune, Vincent, Brandon – followed by two more names for each child, that when you suss out the meanings of the names, translates to a phrase, or a series of qualities that I feel suit the child growing in my womb, as well as accommodates Rhys’ family’s naming traditions. Rhys liked the idea of being able to yell across a schoolyard and maybe our kid would be the only one to respond. (Except for our girl, this isn’t really the case though.)

The entirety of Brandon’s name translates to ‘Raven Noble Ironspear. Yes, I have fun composing my children’s names. My daughter’s name translates to “Secret Light of Heaven” and the eldest son’s is “Precious Spirit of Victorious Youth.” To some extent their names suit them very well – my daughter Rune (the e is supposed to be accented and is pronounced ‘ru-nay’) is rather quiet, but she brightens my day; Vincent is, as Aff has described on more than one occasion, ‘an incredibly, persistently happy child’, and Brandon’s name has been noted by more than one person to be that of a fighter, a strong name – he’s surprised everyone who has been caring for him with how feisty he is, yet grave and also easy to take care of. More than one nurse has noted that Brandon sometimes will wake up, and is content to lie in bed looking around the room with his large, intent eyes. As if he were ‘surveying his domain.’ I’m told he rarely cries; and usually it’s to indicate he needs a diaper change or he wants food / mummy or he’s uncomfortable in some way.

I had hoped for twins this time, but no luck. I had a backup name though, in case I did have another boy in there, the name translates to Warhawk Dragonhammer. Awesome as that might sound, the first name is actually Gwaine.

I do this because I think names are important, and somewhere along the way I picked up on the idea that names are something of parental wishes of what they hope that their child will be like, or some type of quality or characteristic. Just pick up a name book to see what I mean. I wanted to give my children names that meant something good, as opposed to the odd mishmash of names I have.

I have six given names on my birth certificate. This is due to a superstition that a name = a life; and I was born at 7 months gestation because my mom had severe pre-eclampsia. This was in a hospital that didn’t have a neonatal ward or NICU; so the fact that I survived at all was something of a miracle. My parents kept the trend and my brothers have five or six names each.

To my father’s disappointment I did not keep the tradition of having the first name start with A, which he and his siblings all have, and they continued, but he liked that I gave my daughter a poetic name. Dad even fretted that my mom had said that Vincent looked like an apple as a newborn, decrying to Rhys and I that Apple was a girl’s name, and was vehemently writing on his pad paper what he thought of that – he was in the ICU at the time, being treated for lung cancer. I can’t remember what his reasoning was exactly right now, but he wouldn’t relax until Rhys and I assured him that Vincent would be ‘the plum’ – I know it had to do with a metaphor about achievements and quality. So, although Vincent never ended up with an actual childhood nickname, Rhys and I occasionally refer to him as the Plum.

In my family we also had the tradition of having a childhood / family nickname – basically, a nickname only our family used so that if they called, the only child who would respond out of a crowd would be my siblings or I. I did this with my daughter, but we didn’t continue it with Brandon or Vincent.

Another criterion we had for selecting at least the first name was that we could imagine ourselves shouting it, or using it to call for the child, or roaring it to get a kid to stop being naughty. If we could picture ourselves doing the above, it went on a list of potential names. This time around, we stumbled on Brandon because Rhys misheard me suggesting Ranon for a first name. We looked up the meaning and decided to keep it.