Updated my deviantart for the first time in a very long time. Paid commission work done while giving eyes a rest from other work. I expect to work through the holidays, personally, but this is a good thing, in my opinion.

Jennifer is Shopping  Done in Photoshop.

Working with Clip Studio is FUN. Like, woah, once you get it set up the way you want, and figure out some things, it’s really neat to play around with. The brushes are admittedly kinda scary to create and are not as easy to make new brushes with but at the same time, there’s stuff on Clip Studio that is unique to it. It’s really good with lineart work too. I got the more expensive version as a Christmas/Birthday present to myself some years back but it’s only now that I’ve been able to run it.

Thank goodness that Clip Studio is being managed by the Japanese again and doesn’t have that near constant ‘no, I’m a legit copy’ callback that needed to happen with MangaStudio that was STUPID, ate up resources AND  bandwidth and pretty much assumed nobody else lived where you were or shared the Net.

I am looking forward to see what I can create with this. 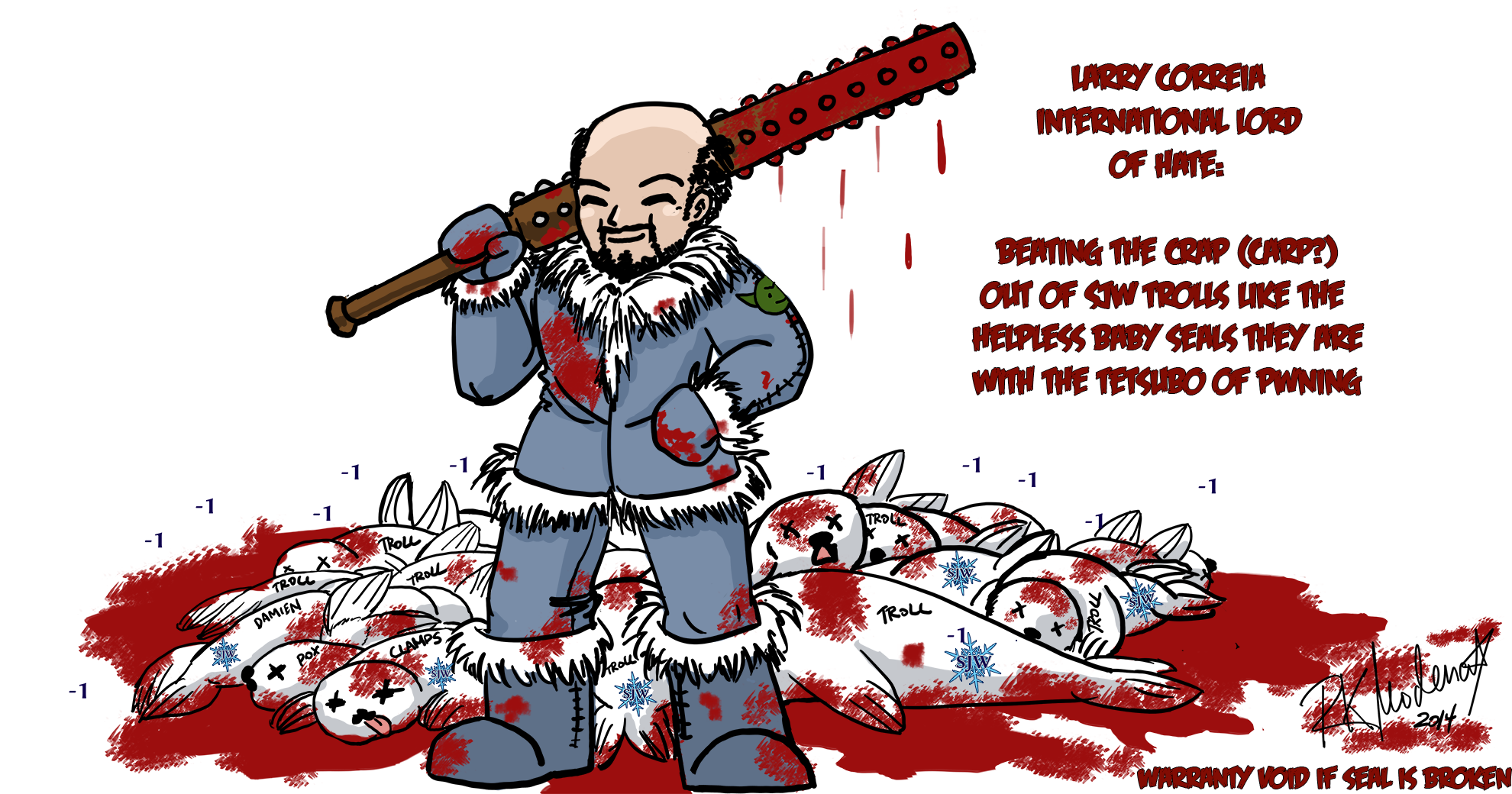 In the comments, that is.

Lately I’ve been struck by how quickly time flies, mostly in relation to Rhys and I.

13 years together – it shocks me sometimes, when I look back. I have a photo of him and Vincent as a newborn, sleeping together. I see the photo and note how young and … light… Rhys looks in that photo. It brings tears of joy to my eyes. Tears of sorrow too, because I know why he aged, and it’s not just the passage of time. We’ve both aged, and the scars still bleed.

So as part of getting myself back on the thing of drawing after a long hiatus due to health and RL concerns, I’ve been drawing. I’ve had some images stuck in my head inspired by various pieces of music. I’ve been drawing them as best as I can; the others are not finished yet, but this one I kind of didn’t want to continue touching up any more, because of the emotions it conveyed for me.

Thirteen years. Wow. It seems like such a long time but it sure flew by really fast. If I feel like this now, I wonder how it’ll be like when we’re both in our sixties, or older. END_OF_DOCUMENT_TOKEN_TO_BE_REPLACED

So, waiting the 30 minutes before New Year ticked over, we saw a short advert for Silver K Gallery’s current exhibition: Star Wars and Superheroes. So of course, being the huge fans of science fiction and fantasy art that we are, we had to go. Rhys and I took our kids with us, since they enjoy Star Wars and figured that they’d enjoy having a look at the art prints on display. After impressing on the children that they had to behave and not be wriggly energetic things, we paid the entrance fee and went in.

Vincent soon found himself upstairs, with his sister trailing behind, while we parents took a more leisurely look around. There was a delightful little print featuring Kermit the Frog and Yoda sitting side by side, which had me appreciating the meta joke, and several utterly breathtaking pieces that made me wish I had the money to buy the prints and room to display them on. I’m not a huge Star Wars fan, but I can appreciate the art. The pieces on display were limited signed print runs, most of them on canvas, and they’d also be framed for the purchaser.

Contrary to the limitation of Superheroes and Star Wars art, there were some pieces on display that weren’t from those franchises – there was a lone Firefly piece that would have been delightful on any fan’s wall, and a couple of Star Trek items that had my heart going doki doki doki – An Alex Ross signed artist proof’s print run, that had William Shatner’s signature as well. The Star Trek pieces were on the stairway wall, while the Firefly piece would surprise you on the way back out of the gallery.

Finally catching up to the kids, I approached Vincent and started to show him the flyer with the print prices on all of the displayed artworks, saying that people could buy them if they wanted to. He immediately turned to a piece and pointed. “How much is that one, Mum? I like it a lot.”

I looked it up and saw that there were two versions available: the canvas print version, which was on display, and the paper print version, which was much cheaper (more than half), and showed it to him. He was shocked at first, and taking my parental cue, I told him that’s why he has to be VERY careful and not touch or bump into the displayed artwork.

I went to look at a piece that Rhys called me over to see and admire. After a few minutes, Vincent came over and asked, “Can’t we get it? I really, really like it. Even if I gave up my allowance for it?”

Long story short and a lay-by plan set by the delighted curator, Colin, we were given permission to take a photo of a determined soon to be 9 year old who wanted to invest in artwork by Japanese Artist Mimi Yoon, next to the print on display. He is going to get the paper print though, because there was no way he could afford the canvas print.

Rhys and I were able to work out arrangements for prints we fell in love with and were able to talk ourselves into setting down payments for. I simply could not pass up this artist’s proof print of Alex Ross’ The Final Frontier, signed by the artist and William Shatner. (Numbered 14/15!)

Now, prints aren’t really a big thing of mine; but I do understand the value and why people would collect them. My reason for not collecting them has to do with considerations of space and expenses; which is why I prefer to collect figures and art books. That said, I’m very happy to find a place for this breathtaking print. Colin said he was able to request William Shatner to sign the artist proof prints at a convention here in Australia, which is why they’re double-signature prints. Fangirl mode engaged!

Rhys got himself a signed canvas print of Jerry VanderStelt’s Black Heart. Rhys isn’t a very big Star Wars fan, but he really liked this piece and felt that he’d not regret having it up on his wall. (I don’t think he really knows the character either!) But as a work of art it’s well worth having and I was being the bad influence and encouraging him to get it. Colin was very happy to work with us on that as well. I think though, in the long run, I think Colin’s a fan who is happy to work with people in getting an addition to their collection that they will truly enjoy. The impression I got of him was that he really enjoys what he does, and gets pleasure from seeing other people enjoy what he enjoys too.

With the day’s outing though, my greatest joy wasn’t in the obtaining of artwork, but in seeing Vincent carefully think about buying the print he wanted very much. I talked to him for quite a while about it, saying that he’d be without allowance for months helping pay for the print, and that he’d not have money for things like books and other nice things that he might want later on. He would go quiet for a bit every time, and think, then say “I’m okay with not having allowance for a long time,” or “they look really, really cool though,” and repeat that he really wanted the Bad Girls print, instead of say, the various awesome Iron Man ones there (which he is a BIG fan of.) It wasn’t something I expected him to do, and be so decisive about. In fact, both Rhys and I are very proud that he wasn’t bored at the gallery (there’s lots of cool pictures here!) but he lingered the most at the superheroes section of the gallery, and chattered away with the fine lady who was minding the door for entrance fees, who was also quite impressed that Vincent was so determined to own a piece of art. “You’re raising them right,” she said. Well, we are raising the next generation of people who will enjoy science fiction and fantasy; though we’re also pretty pleased with how this one’s turning out so far! (Big thank you for being patient with their chatty friendly selves!)

The prints we will eventually own will also be framed, and since it’s likely we’ll be back here by the time we finish paying it off, we’ll probably pick them up then too.

If I’d been rolling in pots of money though, I would not have minded picking up this,this, this and this, simply because having them up on the same wall would make for a striking and awesome display.

I plan to save up for this piece at some point though, because the juxtaposition of the classic Japanese themes and style, plus R2D2 shouldn’t work, but it totally does and tickles my brain in good ways.

The Silver K exhibit, at 1092 High Street, Armadale, Victoria, Australia, runs until March 13, 2016. They also have various prints of other popular art pieces, as well as a number of certified original animation cels from Warner Bros. and Paramount Pictures. They are open Wednesday to Friday, and on Saturday and Sunday. Check out their site for times (for most accurate and recent updates!)