So, Larry wrote about this hilarious attempt at sniffing, upturned nose, fainting couch disapproval by a special snowflake SJW seal a couple of days ago.

The fisking was short, and well, pretty much was this: 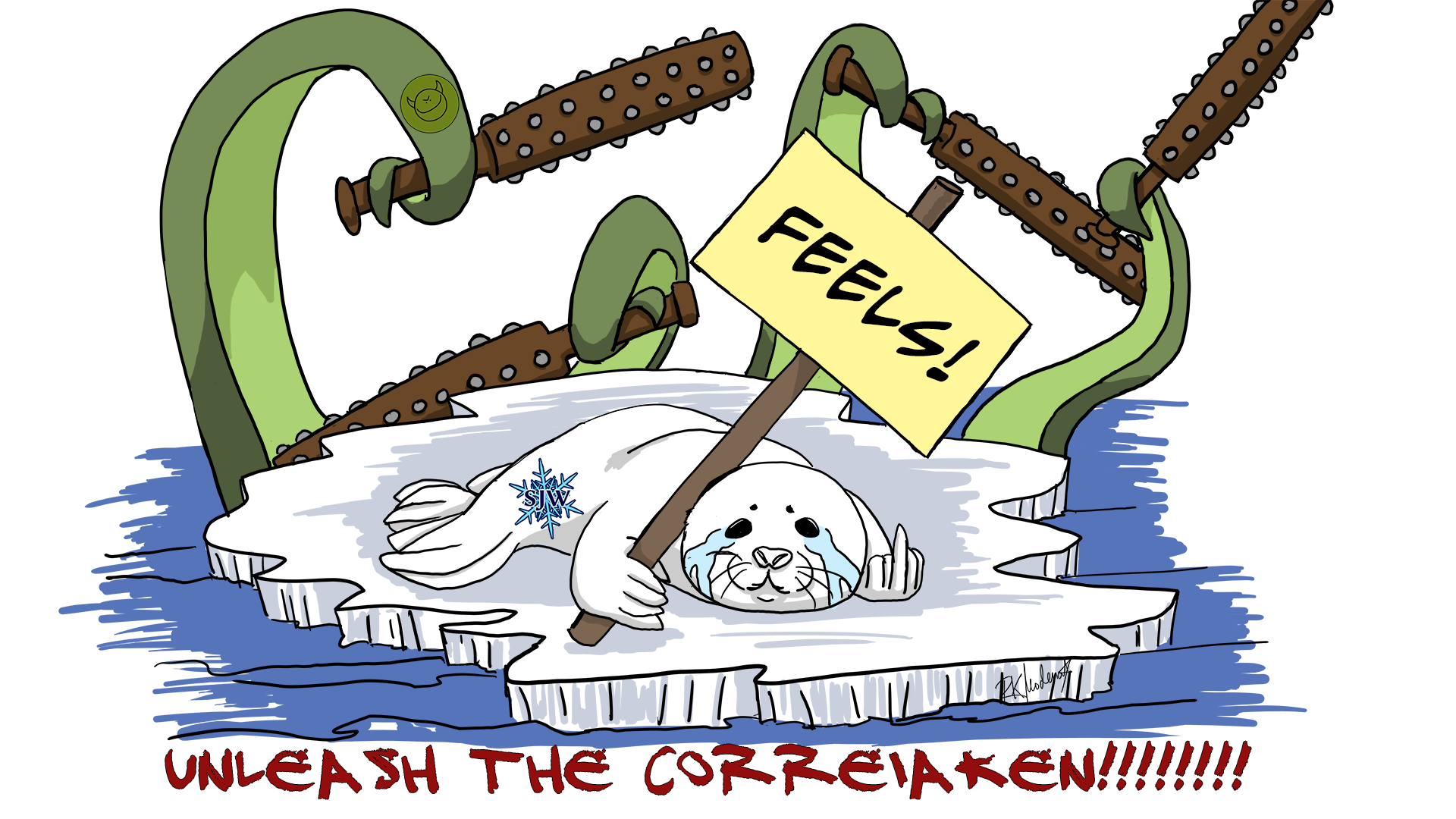 See, to these escapees from the mental asylum, being male and heterosexual is apparently the worst! THING. EVAR. See helpful example below of how sane people view real oppression, and how these willingly mentally crippled nobility wannabes see it.

Anyway, go read Larry’s post. It’s worth every moment of your time, and I will warn you to set aside your beverage of choice, if you’re drinking; or stop eating if you’re having lunch/dinner/snacks.

Anyone with actual working neurons know by now that meaningless, thrown together words like ‘cis-gender-normative facist’ and ‘heteromediocre’ are attempts at virtue signalling – a social justice wanker’s barking to let other SJWankers know “I’m one of you guys, don’t eat me alive!” For those of us who get those meaningless, baseless accusations and insults thrown our way, it’s a signal that we’re disliked by the social scavengers of the human jungle; and that the person being insulted may in fact not be yet another one of the brainless stupid sheeple having delusions of Red Guardhood.

Because the wild SJWanker seal eschews logic, reason, and rationality for whatever s/he/it is currently feeling and ‘finds offensive’ just right then, those same things they’ve discarded as inconvenient (including reality) are wonderful weapons with which to beat their farcical attempts at argumentative guilt tripping with. Laughter, mockery and ridicule, as well as not taking them seriously, are others, and these are sometimes more effective than trying to reason with someone who thinks you should be erased off the planet, sent to concentration camps for being heterosexual/male/white/does not agree with the SJWanker. Why waste the time? Life is a finite resource for you.

On that note, I howled with laughter at the display of brainless arrogance at the demand that Larry do things her way to meet her approval with the mildly vague implication that if ‘she found his books’ more interesting, then there’d be the slightest chance she might, maybe, buy a book of his. This is stupid, as well as ridiculously self-centered thinking – “I don’t like this book, therefore, nobody should, and it should change to what I like” as opposed to reading authors’ works you enjoy.

Well, that’s what the rest of the world does, instead of wasting time and money on things they don’t like.

Anyway, Larry, having dealt with these weasel-word using morons before, went straight to mocking this one. I mean, come on, if a shelf full of action-packed fiction books sends this SJWanker to fits of narcolepsy, how do you think they’d react if dropped into say, the nearest ISIS base camp (well, assuming Russia hasn’t wiped them out yet) – they’ll fall asleep to the lullaby of AK-47s, while the jihadists rip off her clothes as a precursor to their SOP of raping women who are 1) alone 2) not wearing a niqab 3)not in the presence of a blood-related or approved guardian male?

Seriously, they couldn’t handle fiction; there’s just no way they’re gonna cope with reality, and reality doesn’t give a finger snap about their fragile melty feels.

Anyway, the sloshed together and hurked-up terminology mentioned in the post (related to some years ago) amused me enough to play around on Photoshop with; and I thought Larry’s snarky translation from English to SJWanker would be hilarious on a coffee mug. The resulting graphics below, inspired by the post’s spirit of laughter, are free to take and be used for both personal and commercial purposes.

Remember: smiles and laughter are better than frowns and shrill sloganistic shrieking! More fun and better for your overall health, both mentally and physically!

Seriously though; Larry? Mediocre? I’d love me some of that so called ‘mediocrity’ he’s got. He got himself (part of?) a mountain with the profits made from what he does; and there’s some gorgeous hectarage down under I’ve love to be able to earn up the AUD for through some lovely, lovely meritocracy.