Nilagang Baka, or “boiled beef” belies the very delicious and richly satisfying soup that results from the ‘mere’ boiling. Best done with cheaper soup bones with meat still clinging to the bone and with cheaper cuts of beef, my prefered method is to add all the ingredients together and simmer for at least four hours in a large stew pot.

Because I have a large family, when I make this it’s a huge batch, with leftovers that the kids like to have later on. You can reduce the amount of ingredients as needed (Or, for single-person amounts, 1 osso bucco, 1-2 corn cobs, a handful of cabbage, one large carrot, a handful of beans, and two medium potatoes, 1 beef broth cube!)

END_OF_DOCUMENT_TOKEN_TO_BE_REPLACED

It’s been years since I made some; and none since I moved to Australia. So I made some. The meat mixture makes a good meatball too, but will need some breadcrumbs as binder. Consider the recipe below as a basic starter, and feel free to add other vegetables and seasonings and ingredients for your own lumpia.

I also put in how I wrap them, in case anyone needs a step by step. I hope it helps ^_^

END_OF_DOCUMENT_TOKEN_TO_BE_REPLACED 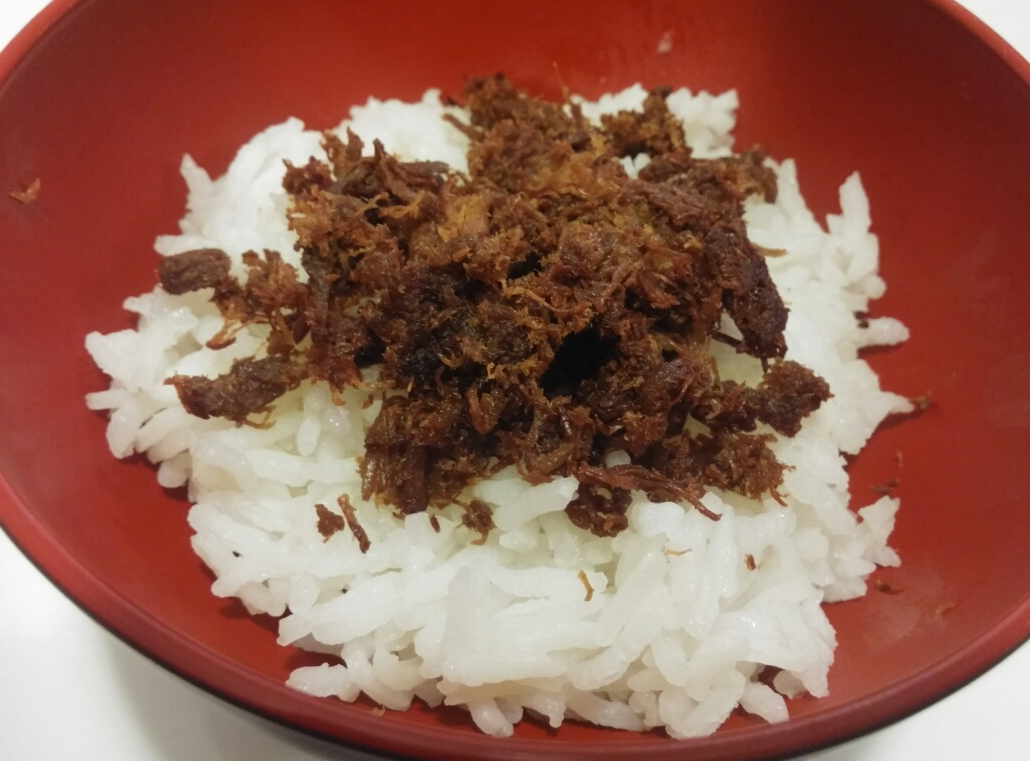 The most common and popular adobo recipe seen around tends to revolve around pork belly or leg chunks, or pork AND chicken. Traditionally, fatty chicken and fatty pork = adobo especially for travelling, because Filipino style adobo was a cooking method that resulted in a dish not too dissimilar to English potted hare – with the broth thickening to jelly and the fat sealing the top of the jar. In a country where the heat would result in spoiled food while travelling, adobo was king, and still is one of the ‘traditional’ dishes to take with you to the beach picnic.

END_OF_DOCUMENT_TOKEN_TO_BE_REPLACED 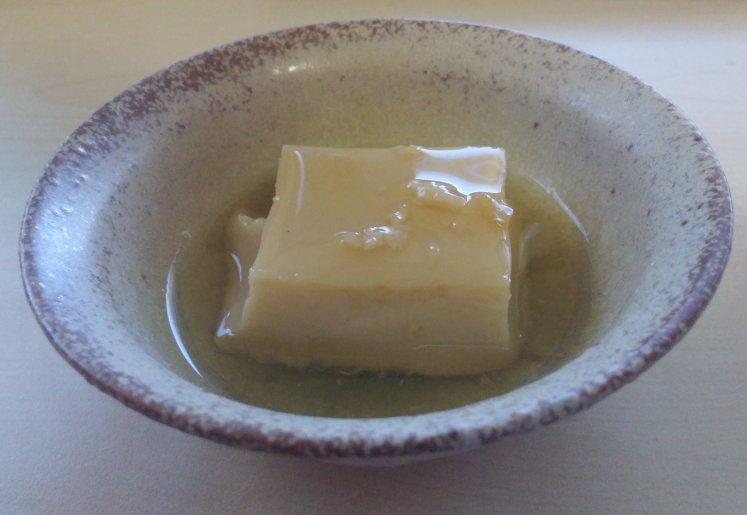 One of the easiest Filipino desserts for me to make here in Australia is Leche Flan. The kids love this recipe, but as you can see in the image, the caramel isn’t very dark. That’s because of my family’s preference, so you may need to experiment with the caramel to get it as dark as you like.

I hope you enjoy making this! This is a busy mom version; traditional Leche Flan  uses carefully separated egg yolks, careful hand beating with a whisk, and strains the mixture through cheesecloth several times, resulting in a silky creamy flan. I’m rather lazy and want my delicious treat with minimal effort; my answer to this is to tap the bubbles out and use either a blender or mixer.

END_OF_DOCUMENT_TOKEN_TO_BE_REPLACED

I get requests to share my family’s adobo recipe fairly often, so I figure this is easy to drop in.

This dish can take up to two days of advance preparation, but only if resulting in the crispy Adobo version at the very end – something that doesn’t happen very often in my household because by the time the adobo is finished cooking and falling apart tender, everyone’s starving, Rhys comes home to delicious cooking smells and everyone wants to EAT IT NOW.

If making this for dinner, I start at about 10 AM and leave it simmering on the stovetop for the whole day on the lowest fire possible. At about an hour before dinner, that’s when I remove the chicken bones and gristle, and add the soy sauce and final seasonings. The long cook time results in incredibly flavourful and tender meat. Rice is cooked about half an hour before dinnertime.
This recipe can result in two different types of adobo: the usual Adobo stew, or Crispy Adobo Flakes.

Stew-consistency adobo, when cooled, has the sauce turn into a jelly. This makes it ideal for taking along on school lunches to be eaten even unheated with rice or bread, on road trips and picnics, as the vinegar and salt content of the dish helps preserve the meat against spoilage, even in the hot tropical Philippine climates. Adobo-style cooking of meat has been traditionally one of the favoured methods of preparing ‘travelling food’, especially when the only way to get around was via water buffallo or oxen pulled cart. The versions for such old-style travelling tended to be heavier on the cracked peppercorns and had a higher amount of fat and bone to result in more of the preserving jelly, and the meat was not cooked to falling-apart softness, but cooked through and left on the bone for ease of serving and eating while on the road.

Cooling the adobo to remove the extra fat can be done if desired, but I feel some fat should be allowed to remain for flavour.

If you wish, you can also use stewing cuts of beef – either in substitution for pork or in addition to the meats already listed.
Ingredients:
At least 1kg each of:
Pork meat, cut into cubes. Some fat is recommended, but if you have only lean cuts of meat, go with adding chicken with skin on. You can skim the fat off later if it’s for a dinner and not a picnic. (See above note about resulting travelling/picnic adobo) Additional note: you are very likely to get a lot of rendered oil from the fat.

Chicken with skin and bone (thighs or drumsticks are good. Make sure feathers are fully removed from skin!)

For every kg of meat 1 cup each of
Marca Pina, Maggi, Knorr or Silver Swan brand soy sauce
Marca Pina or Datu Puti brand brown cane vinegar
(The brand is important, as this results in the flavor sought. Do not substitute Kikoman or other soy sauces, as the flavor of Kikoman is very different from the soy sauces named above! The brands named should be available in either Asian or Filipino food stores.)

For every kilo of meat: At least 1 head, or 1 and a half head of garlic, peeled, crushed and chopped. If using pre-chopped garlic, slightly heaping 1 teaspoon (the one you use in stirring your coffee or tea, not the measurement.) (Try to do it this way the first time. Substituting garlic paste or dried garlic powder can be done in future cooking.) The more garlic in adobo, the better.

Cracked pepper and salt to taste.

Optional additions:
a) 1-2 bay leaves, added during simmering stage and removed before serving
b) Chili peppers
Long white mild chili peppers; 1-3 per batch of adobo (usually whole)
Red or Green long chili peppers, as spicy as desired, whole or chopped
3-8 birds eye chilies, either whole or chopped. Or any other chili of choice.
Chilies are added after seasoning with soy sauce, salt and pepper.
c) Potatoes, peeled and chopped into quarters or eighths. Add just after seasoning with soy sauce, salt and pepper to taste.
d) Del Monte or Dole canned pineapples, either chunks or as slices (Brand is again, important, to achieve the sought-after flavour, as these brands are sweeter than Sun Gold or Gouburn / Australian brand pineapples.) Add 10 minutes before serving.

Method:
1) Boil chicken in just enough water to cover the chicken meat, adding the necessary amount of vinegar and garlic until the meat has just cooked, but is not yet soft.

2) Add the pork with its’ share of vinegar and garlic, adding more water to just cover the meat again. Season with some pepper and about a tablespoon of salt.  (Adding the pork later after the chicken is so that the chicken fat in the water helps soften and flavor the pork; an especially important step if using lean cuts of pork. if the cut of pork has some fat, simply put it all in the pot together, merging the steps.)

3) Simmer on low heat and allow the broth to boil down, then add enough water again to just cover, stir the pot. Cover the pot, and allow to boil down again. Keep doing this until the meat is falling-apart tender, and the broth/sauce is yellowish in hue. If you wish to remove the chicken bones and gristle from the adobo, this would be a good time to do it.

4) Add the required amount of soy sauce. Season the adobo with salt and pepper as desired (you can also add chopped bird’s eye chilies at this point, if you want a spicy adobo.)  Adding the soy sauce too soon makes the meat tough, we’ve found, so that’s why we cook it in vinegar-water-garlic/onion and pepper first. Reduce the liquid to sauce or stew consistency.

At this point, you may serve the meat over hot white rice,

allow the sauce to boil away so that you can shred the meat into strips and fry the meat in its’ own oils and juices for Crispy Adobo Flakes.

Fry shredded adobo meat in batches until crispy before eating with rice. The cripsy version is also popular in the Philippines as a beer-side dish, like peanuts and chips.

Crispy Adobo can also be stored and refrigerated for box lunches.