A friend of mine linked this to me via Skype, and Skype, weirdly enough chose not to let me know she’d messaged me. Bloody hell.

Become a citizen of Asgardia

I wonder how it’ll be determined who goes onto the space station, should it launch? By merit and need, or by who has the most connections? There’s also the matter of more …hah! Earthly concerns; such as recognition of the things which require statehood – I doubt, strongly that they’ll go with a Star Trek concept of ‘no money’ – a concept which, though I love the series, I always found rather implausible (because trade still existed, and there were mentions of things like credits.)

Now, personally, I think they’re looking ahead; but at the same time I wonder how many of the old ‘rules’ will still hold, like the Outer Space Treaty, which is ridiculously vague, and I wonder always who will determine ‘the use of the resources.’ Every country will want to say ‘I need that’ but I do not think that such would simply be ‘given away’ – determined by some uncaring Communist-replacement body that decides who benefits based off some arbitrary guideline.

That said, I think that it’s an eventual step in the future that humanity will expand to the stars, for things like mining, settlement, and so on. It’s all a question of when, and whom.

Of course, that’s even assuming that we’ll still continue to look outward, or places like Europe will be able to. I mean, Tom Kratman’s Caliphate is looking to become a more likely Bad End Future every single day. 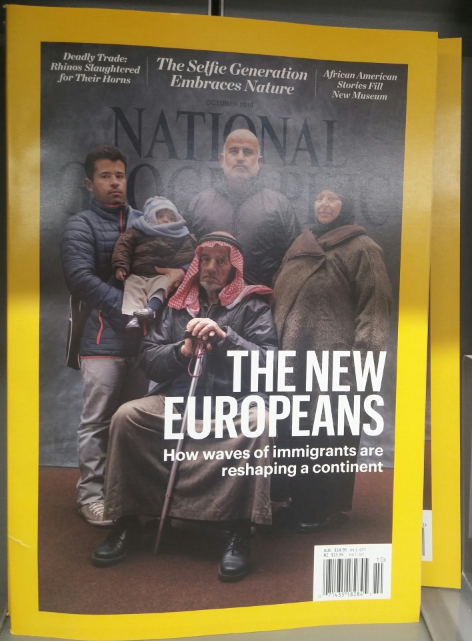 Western civilization was very different from previous civilizations – without it, without it’s outward and forward, march-toward-the-future mindset, we wouldn’t have what we have today – from the computers upon which we write, to the thoughts and values we hold. Certainly, we enjoy the results of a civilization that always sought to build. Replacing that civilization with one that does not look forward and, indeed, holds its’ greatest ideals in the first millenium A.D. and wishes for the world to become no different from that time, is illustrative. It allows no dissent, no ability for argument, citing that the reasons were ‘handed down’ to their pedophillic, self-centered prophet as ‘holy’.

Indeed that is one of the major departures from Judeo-Christian tradition, as it is considered a good thing  in Judeo-Christian mindsets to argue with God – vis-a-vis the meaning behind Israel, or more personally, wrestle with one’s faith – and if you ever hear about how rabbis argue and debate, they certainly take that to heart! The results of those arguments and the ability to change is one of the main reasons why Western Civilization is what it is today, in my opinion.

Without that willingness to challenge what is ‘known’ and go for the ‘unknown’ we lose much of that innovation, that desire to learn, to discover.

Will Europe fall, and with it, a large chunk of the future? It is likely, as Europe has been changed – in much the same way a hundred-year oak will change if devoured from within by the termites of relativism, self-hatred, political correctness, social justice, and appeasement to Islam (and other such totalitarian forms of thought.)

It is with great sorrow to mark that this rot has so quickly changed us from the Greatest Generation, to petulant children, who discard the very foundations of what allowed us to reach for the stars.

4 thoughts on “We are living in Sci-Fi realms”