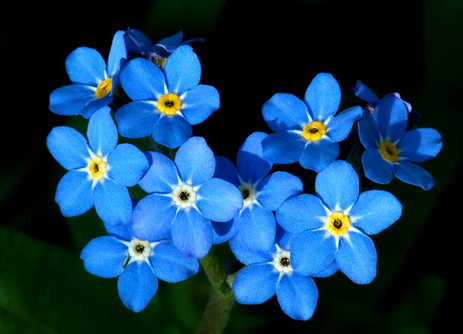 This is going to be one of those posts on my grieving, so I’ll pop it behind a cut; not because I’m censoring myself, but rather I know that grief and mourning – especially of a parent mourning the loss of children – is really hard to read. 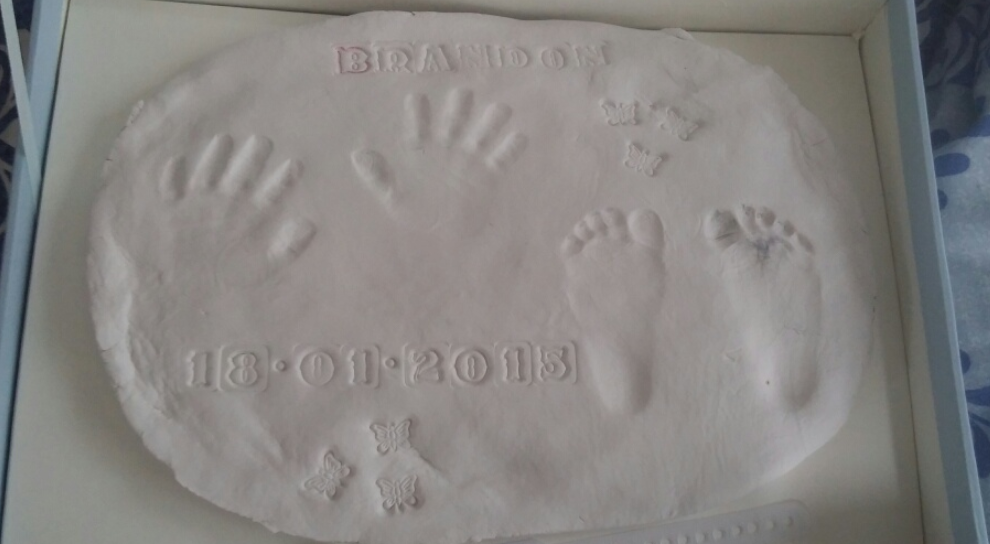 These memorial prints were made by the kind hospital staff at the Townsville Hospital after they had to take Brandon away.

They were kind enough to take photos too.

It’s been a year, a horrible, horrible year since Brandon passed away, suddenly, in his sleep.

We still miss the little grumpy bundle of personality.

How are we doing?

The first half of that year or so, I tried to find help. I think one of the most useless things on the planet is a counsellor who is both younger than the patient, and hasn’t got the life experience to deal with the patient. I got passed around quite a bit and after a while both Rhys and I decided that it wasn’t helpful – having to explain again and again the situation that had happened made me want to smash things. The other problem was, I wasn’t visibly a wreck. I got the impression that if I were crying, hysterical and had bandages on my wrists, they’d have known how to deal with me. Instead, the psychs were faced with a couple who, on the surface, did not seem to be greatly affected by their loss.

I was prescribed a mood stabilizer in order to keep functioning when I wasn’t in front of strangers or out in public. It …dulls everything. But that’s not how your body or your mind really work. Both of those things knew I’d taken a huge emotional wound, and my biochemistry was working its’ physical effects on me. It was hard to concentrate and it was hard to feel – more accurately, the drug made me too apathetic to do anything about how I felt. It didn’t stop me from feeling horrible – it just made me go ‘that’s too much effort and there’s no point in doing that anyway, so I won’t.’

I did not like how I felt. The damn drug, in the long run, at least I think, kept me from healing. The coping strategies I had to try heal enough to develop emotional scars after losing Damien, I couldn’t employ after losing Brandon. I couldn’t care enough about anything to arse myself to do something about it, or alternatively, I’d swing to caring so much, it’d be an almost manic, if temporary obsession. Worst of all, I couldn’t channel any of that towards writing.

I ended up somewhat isolated in my own mind, as well as RL. This was something both Aff and I noticed after this second loss of child. A lot of our friends stopped talking to us – especially the ones who had families, or were expecting babies of their own – death, especially of infants in this day and age brings about a certain amount of deep-seated psychological fear. On the flip side, I didn’t want to also diminish the joy new parents had in their new familial addition with my own presence, so I turned down a baby shower or two; though we got the bubbies presents. At no point did I feel jealousy that other people had living babies. I just wished I had mine.

Some others didn’t seem to like how emotionally fragile we’d become; that we were, suddenly, no longer the emotional bedrock upon which they leaned. Or they did not know how to help us with that pain.

This isn’t to say that I didn’t have friends who also tried to help – there were, and for those friends, I remain eternally grateful. But that’s not how my head space went, and for a great part of the last year, it was difficult to talk to anyone.

The most isolating thing about grieving is the feeling that you are bothering someone, that you are bringing them down and ruining their day. It doesn’t matter if this is not true.

It stifles you anyway. Out of consideration for others, you stay quiet. For the sake of another person in your life, you try to hang on and function. And, because life and time are relentless and care nothing for your circumstances, you have to, no matter how broken you feel. There is something else that pays the price for you – it could be your health; you may gain weight or your hair gets more grey streaks in it, or you visibly age. These are physical manifestations of your stress, the screams and tears you hide inside – more scientifically, the biochemical result of stress that has little opportunity for outlet.

The harsh reality is: it doesn’t matter. Grief is a journey that nobody can walk with you for, and you alone can learn to live with the wounds that may never completely heal.

For a while, the coping mechanisms work, the habits, the routine. It’s just a mask, however, hiding the pent-up pain inside. Inevitably, it will burst out. Life stresses alone can do that; unless you’re lucky enough to actually survive and cope for longer. Some crack. Some burst out. Some break. It happens somehow.

The only thing you can hope for is that when it does, it doesn’t take too much of you with it.

And when it does, don’t be surprised that you find yourself filled with recriminations for ‘not being stronger’ or not coping better.

The nightmares and flashbacks got worse and worse for me as time went by – enough that some nights I will go to sleep, am barely asleep and am immediately catapulted into a flashback. At which point: forget sleep. I would leave bed so Rhys could sleep.

I think the stresses of a big cross-country move which saw us moving in on the same day that Rhys started work AND the kids started school along with a few other stresses contributed to the shattering of my reserves and emotional bulwarks. I’m not coping as well as I was a few months ago, but oh well, there’s nothing that can be done about that except slowly climb out of that emotional pit – somehow – again.

All this is to be expected. I love and adore my children from the moment I learn that they are growing inside of me. Losing two of them ripped chunks out of our hearts as well.

Rhys and I would like to try again after my health has improved. After all, I want to give the next baby the best I can. Of that at least, I have no worries about. I know that Brandon knew nothing but love and care and joy and adoration – and the occasional source of vast disapproval like not being handed over to Mummy when he cries but she needed a bit of sleep; or sources of total disgust like soft baby cheek prickled by Daddy’s afternoon stubble and bumping little baby forehead or nose into unyielding collarbone.

He didn’t have long, but he had a good life while he was with us. We just would have liked it a lot if he kept on living, so we could share more life together, y’know?