I play Star Trek Online, and by play, I mean I will log in, give my duty officers assignments to carry out over a few hours, be distracted by baby, forget the game is on and get logged out. On the rare occasion that I DO get to play, I’m busy running away from Borg Elite Tactical Drones, because my weapons are crap and they adapt too quickly. Somehow, I survived to become Admiral. I’m not sure how that happened.

Pick up a Tribble or three dozen…

I’m in a tiny fleet called Apathy Squadron, because we just don’t care. Surprisingly, this has netted us a number of high level / long time players who just wanna play and not be constantly told ‘Use teamspeak’ or that they HAVE to participate in Fleet actions. I’m also the kind of player who likes to read what’s going on, and that might annoy other players. 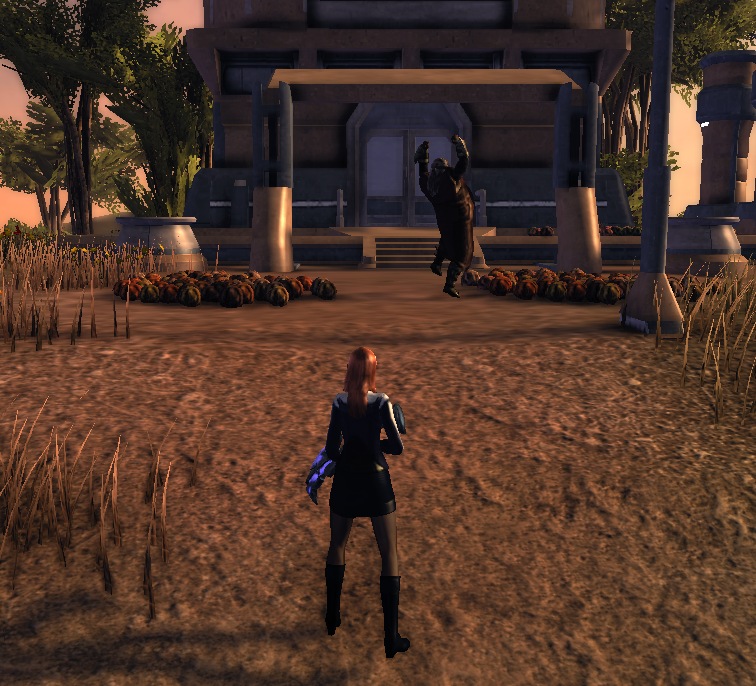 At any rate, one of our members, a Chinese-American player called Sinaman (yes, and that name tells you immediately how many fucks he gives. Zero, for the totally clueless…) told Aff that we needed a recruitment post. No, he didn’t want to write it. Aff should totally get on that. Because we needed one.

Aff obliged him. The post, I am informed, meets with his approval. 100%.

Our motto is “if you care enough to join, you don’t qualify for membership” – but that’s not really true any more, so the fleet that doesn’t care is making a post looking for like minded people.

Known for nothing, we’re not famous at all – except for being horribly uncoordinated and generally unreliable as team mates. We have a firm belief that the average STO player cares way too much about everything.

Why worry about your damage per second, what sector you are in, or the hull integrity of your starship when you can simply not worry about those things.

As a fleet, Apathy Squadron offers absolutely nothing. We also require nothing, and will probably do nothing. Some of the benefits you will get out of joining us include:

– Trying to figure out how we manage to feed ourselves unassisted;
– Other fleets will be unable to spam invite you whenever you are unfortunate enough to beam down to a Federation Starbase;
– No matter how bad you are we probably contain someone worse – and we don’t care;
– We have a Mumble server – that none of us use, and it isn’t required;

Our fleet has strict entry requirements, they are as follows:

– You must play STO*

*Our definition of playing includes being able to log in. Whether or not you explode in every single space mission, or are sold into slavery and forced to do unspeakable things to Gorn captains during away missions is none of our concern.

– On occasion, one of our members rises above the minimum standard (which is zero) and will probably help if you need it for a mission or something;

– No secrets in the fleet. You’ll all know what everyone is doing.

– No secrets in the fleet. You may need therapy.

If you still want to join this fleet, you are probably an idiot and/or a masochist. This is excellent, feel free to contact [email protected] or [email protected] today, or anyone else wearing the Apathy Squadron flag.

( This is what happens when people want a recruitment post, but they don’t want to do it – so they told me to get on that. Well, here it is. I hope you’re happy people. )

So, if you, for some inexplicable reason, want to join us on our lazy exploration of this fictional universe and the one right next door being invaded by Borg, Star Trek Online is free to play; there’s a cash store but Cryptic made it so that nearly everything in the game can be obtained if you farm enough dilithium so you can sell them for Zen, to buy things from the cash store. Hmm. I guess that means everything can be farmed for. The game is friendly for those people who Just Don’t Have Time to level, like myself. Yay for Duty Officer assignments. Work, brave explorers! 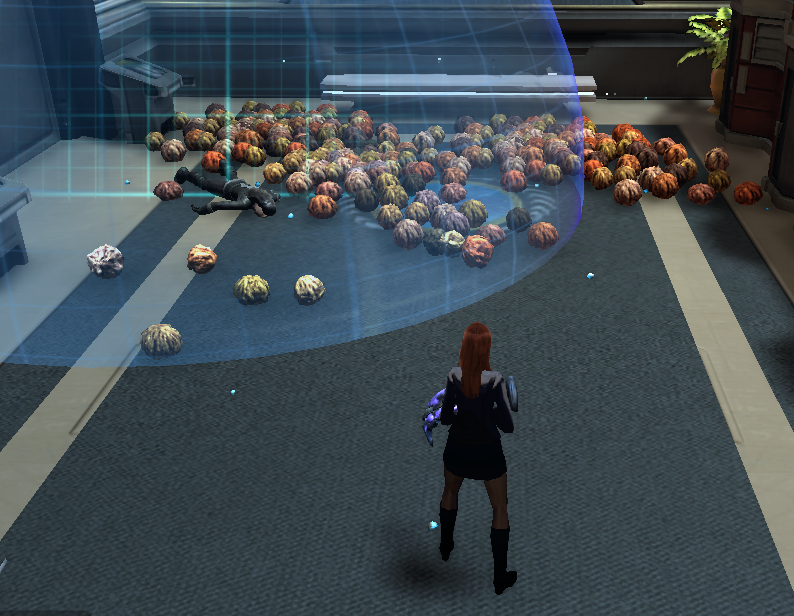 Ignoble, dishonorable death may be followed by being buried in tribbles.

Be advised that Aff’s Andorian tactical officer is overly fond of explosives, and blew up a moon during a mission. I’m still not sure how that happened.

*Screenshots are from a mission called The Tribble With Klingons, and yes it is as cracking hilarious as it sounds. Also, in true Trek format, if you are arsed to do so, players may create their own missions and submit them to the Foundry, which can be played by everyone in game. Some are incredible in-depth missions which delve deeply into the Trekverse. On the other hand, you may be contacted by Lt. Buffy Summers of the USS Josh Whedon, for help…