I’ll admit I’m really looking forward to seeing the way that Windows 10 and Microsoft’s Hololens will change how we do a lot of things. While it may be that interactive true holograms like what we see in Iron Man are still off, these are exciting new developments in technology that I’m hoping to see go truly mobile. As it is, we have potential to head in that direction thanks to the Hololens being able to interface with Windows 10 compatible smart phones and tablets. 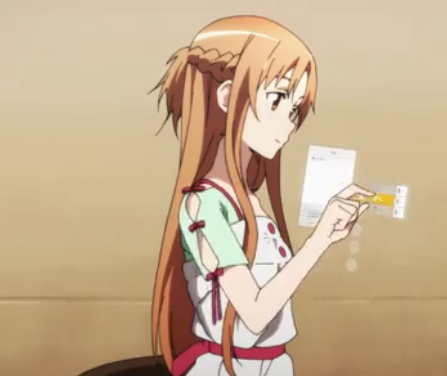 If you’re worried about security Aff has been quite impressed with the direction on file security that they are taking with Windows 10 – apparently, they’ve made it so that even Microsoft can’t access your account data. I’m a little hazy on this and how it works but it seems that only the end user will have access. Data recovery, from the initial info I’m hearing from Aff, may be impossible. No more sticking a Windows file-system HDD into a ‘nix box and recovering files? Yikes. But your data is gonna be secure!

At present we are still limited to having large interfacing machines – though, granted we are experiencing leaps and bounds in the advancement of that. Most of the stuff I hear about the Hololens is from Aff keeping up to date with it, and they’re working on making it lighter and lighter.

This will become more user-friendly as technology and capability shrinks.

Maybe Connexus-like devices aren’t far off? The concept in this case isn’t too different from Bluetooth but has a holographic display that the end user can interact with. I’m imagining that it might be possible that we end up with more interesting looking displays and graphical user interfaces.

I heard (meaning, I’m told this and I haven’t got a way to confirm because I tried searching and turned up dry) that the head of MS wants the Hololens so light that it won’t be noticeable – and supposedly quipped that he wants it unnoticeable because he wants to be able to slip it onto the heads of employees who have fallen asleep on the job, and have monsters jump them when they wake up. That sure brings a whole new level to the batsu-gamu, punishment game.

Speaking of games, I’m quite delighted that they’re working on having games on Steam compatible with the Hololens. While the videos talk about Minecraft, I’m thinking they’ll inevitably move in more games. Aff, Rhys and I were talking about the potential near VR if not VR levels of play for games like Dead Light. For the record I’m the kind of person who tends to get so immersed that getting surprised by a Creeper in Minecraft from behind in what I thought was a safe zone resulted in a near heart attack and me letting loose a bloodcurdling scream that had Aff running in from the other room, expecting me to be… I dunno, covered in redback spiders maybe. So I’m not really up to jumping straight into VR zombie hunting gaming. According to Aff, Gabe Newell (spelling unsure) tried to game with the Hololens and tried it with Dead Light; and there have been testers who ended up breaking their Hololens when they tried dodging monsters or projectiles.

So while it may change the way that we see and play games its likely to be something I ease into slowly.

Gaming aside, I’m very curious to see how this technology will affect things like education (very greatly I imagine!), 3D and digital art, and film-making. To some extent we already see holograms, such as they are now, being used in entertainment – Hatsune Miku’s concerts spring to mind, and here are some non-Miku examples. The concept of virtual digital assistants with a visible presence isn’t far off in this idea either, and as it is, MS is bundling Cortana as the virtual assistant for Windows from now on.

While there is no guarantee she will look like this, the character from HALO might be the default assistant image/avatar?

Personally, I’m hoping we can create customize ones. I’d like mine to be a little shoulder-dragon voiced by Hugh Laurie. ^_^

Certainly the expansion of social media capabilities and access are possible and extensive, well beyond my ability to  imagine at present.

Of course, it’s entirely possible that the reason why I’m having problems being imaginative at the moment is hinted by my nearly falling asleep at my keyboard for the last half hour now. My brain is threatening sleep mode so this is getting posted now.